The discovery of an ancient hunting camp containing bone middens (prehistoric trash dumps) allows archaeologists to reconstruct the behavior of ancient Natives in Alaska. Onsite in the Gates of the Arctic National Park & Preserve, Alaska, archaeologist Andrew Tremayne investigated fish bones from modern fish with those found in the dig to specify what species were used as a food source. share the tools they’re carrying in their pockets.
Tools are vital for archaeologists while they’re performing field work at a dig. These archaeologists are onsite on the shore of Matcharak Lake in Northern Alaska uncovering a Paleo-Eskimo camp. They’re painstakingly digging to reveal artifacts and bone remains, then documenting the finds. Discover what useful tools they keep in work-clothes pockets.

Dr. Jeff Rasic comments. Rasic is a National Park Service Archaeologist. He has excavated Ice Age Cave deposits on the Yukon River, led the underwater archaeology of Agiak Lake, and the archaeology of a prehistoric caribou drive. He specializes in the archaeology of northern hunter-gatherers and is particularly interested in the earliest inhabitants of the north and how they made a living at the end of the last ice age. Since 1995, Rasic has focused on field work and research projects in Alaska, especially the northern and interior portions of the state. 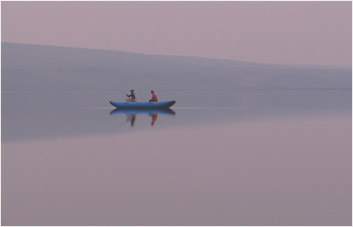