Archaeologists discuss preparing for field work and digging at an archaeologist site, as well as arranging travel logistics necessary to reach their remote dig site in Alaska.

The Dirt On Archaeology

Archaeologists excavating a site in the Gates of the Arctic National Park & Preserve, Alaska, have discovered an ancient Paleo-Eskimo hunting camp on the shore of Lake Matcharak. It’s not easy to arrange field work in remote Alaska. The archaeologists dish on what it takes to plan and execute a dig in America’s last great frontier.

The Matcharak Lake archaeological site holds artifacts representing a distinctive stone tool technology called the Denbigh Flint Complex (say DEN-bee). Denbigh people spread and colonized most of Arctic North America 5000 years ago. At Lake Matcharak archaeologists uncovered a Paleo-Eskimo hunting camp containing Denbigh-era artifacts and animal bones. Although 75-100 Denbigh sites are known in Alaska, only a handful (literally) of bone fragments are known from all of these sites. The condition of shallow permafrost and the ongoing formation of peat at Matcharak Lake were just right to preserve the animal remains of many Denbigh meals. 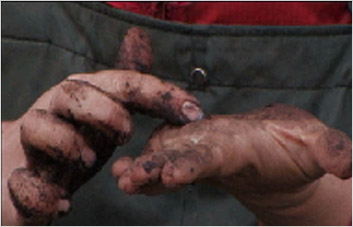 The Dirt on Archaeology video | Frontier Scientists on YouTube