Archaeologists excavating an ancient hunting camp in the Gates of the Arctic National Park & Preserve, Alaska, share the tools they’re carrying in their pockets.

What’s In My Pocket?

Tools are vital for archaeologists while they’re performing field work at a dig. These archaeologists are onsite on the shore of Matcharak Lake in Northern Alaska uncovering a Paleo-Eskimo camp. They’re painstakingly digging to reveal artifacts and bone remains, then documenting the finds. Discover what useful tools they keep in work-clothes pockets. 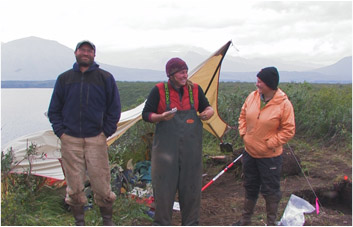 What’s In My Pocket? video | Frontier Scientists on YouTube