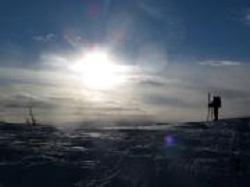 Ned Rozell for UAFGI – Northern sea ice is at its lowest extent since we’ve been able to see it from satellites. Greenland experienced its warmest summer in 170 years. Eight of 10 permafrost-monitoring sites in northern Alaska recorded their highest temperatures; the other two tied record highs. 2012 was a year of “astounding” change for much […]