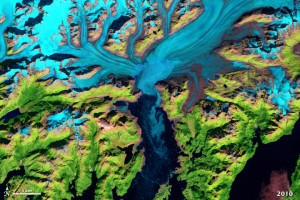 The Landsat mission, a joint effort between the National Aeronautics and Space Administration (NASA) and the U.S. Geological Survey (USGS), has been collecting data on Earth’s physical features via satellite since the 1970s. “The Landsat data record — humanity’s longest continuous record of our planet from space — has been an invaluable tool for scientists and decision-makers in […]