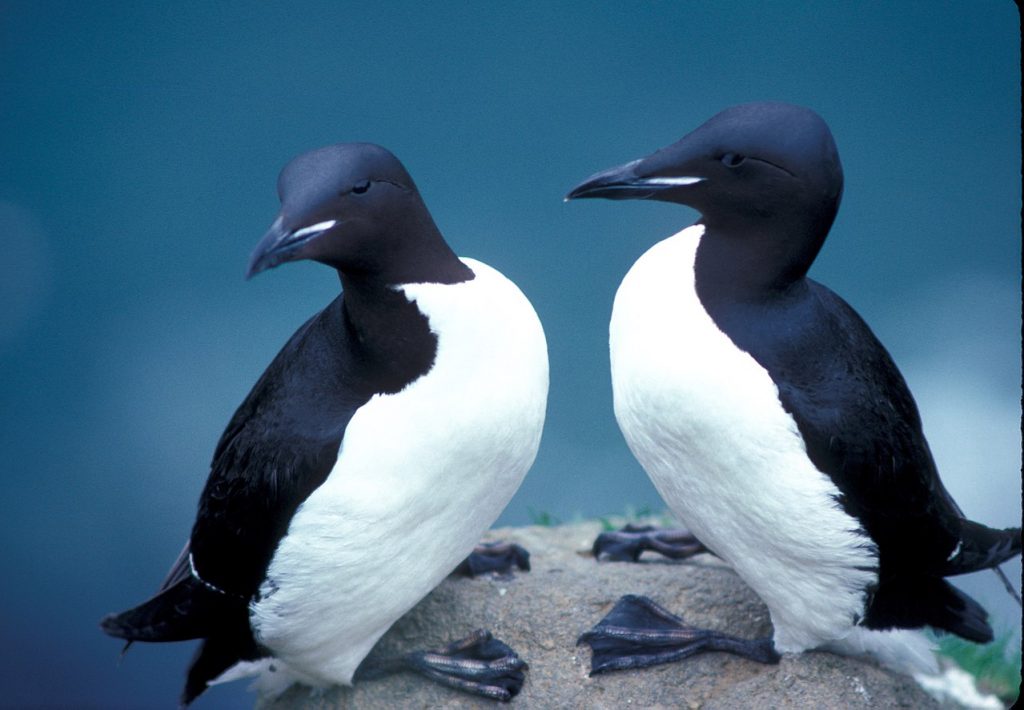 Jeffrey Short served as lead chemist (for U.S. federal government and Alaska state government) during the damage assessment and restoration phases of the 1989 Exxon Valdez oil spill, and as a research chemist at the U.S. National Oceanic and Atmospheric Administration. Short gave a keynote address at the 2019 Alaska Marine Science Symposium presented in Anchorage, Alaska, attended by Frontier Scientists.

Short described why the oil spill happened at the worst time. He called it oceanographic spring. “March 24th is the beginning of oceanographic spring, when the marine production cycle is beginning to ramp up in a big way and migratory sea birds, marine mammals, [and] fish are all coming back into the Sound to reproduce or use it as a stop for migrating further North.”

Prince William Sound is normally an excellent host to migrating birds. The Audubon Society lists it as an Important Bird Area. The Sound supports many species annually; one paper (Rice et al., 2007) summarized, in 1989, “Oil inundated seabird, sea otter, and harbor seal habitat just prior to their breeding seasons and that of many other vulnerable species.”

Murres are a species that was incredibly hard hit by the spill. “Due to the timing of the spill, murres were gathered in large pre-breeding aggregations around the Chiswell, Pye and Barren Islands,” stated a National Park Service (NPS) report. Murres lay just one egg at a time.

Murres wear their feathers like a winter coat. Using the beak, the birds rearrange feathers until feather structures align and interlock. For birds, air trapped close to the skin underneath well-aligned feathers provides valuable insulation, keeping the bird at an appropriate temperature. Feather-trapped air also provides buoyancy, helping seabirds like murres float when they land on water. (Murre details provided by the National Oceanic and Atmospheric Administration (NOAA) Office of Response and Restoration).

Murres are diving birds. Like most seabirds and shorebirds, they take advantage of waterproofing oils naturally produced by their bodies. Their preened and well-aligned coat of waterproofed feathers serves them well every time they dive underwater in search of small fish to eat. Even though murres completely submerge themselves in the ocean over and over while foraging for food, their skin does not get wet. Their feathers provide a waterproof barrier, help them return to the surface after the dive with the natural buoyancy provided by trapped air, and keep the birds warm even in cold ocean water.

Oil spills change all that. Birds which land on or swim through oiled water get coated in the harmful substance. You’ve probably seen upsetting pictures of desperate oiled birds photographed after the oil spill. No? Here’s one. Spilled oil coats bird feathers, making the feather barrier clump and lose cohesion. The feather coat fails, losing its wonderful properties. Instead, a bird’s skin is exposed to frigid ocean water. Skin, eyes and lungs contact oil irritants. Flying, landing on water, and diving to forage become more difficult. Risk of hypothermia from cold exposure shoots up.

250,000 seabirds and 250 bald eagles. Isolating numbers for birds, that’s “The ‘best’ estimate of how many animals died outright from the spill,” lists a National Park Service source reporting on numbers provided by the Exxon Valdez Oil Spill Trustee Council. Note the word outright.

At least dish soap can clean an oiled bird, you say. And, yes, a heroic effort by veterinarians and trained rescuers aided rescued birds after the spill. Dish soap wasn’t the whole of it, though. Soap removes crude oil from feathers. It also strips away beneficial oils naturally produced by the birds’ bodies which help maintain feathers and, for murres and other species, provide waterproofing. Rescuers also provided plenty of rest and warmth to re-heat compromised birds before releasing them. And then? They hoped for the best.

After a bird is oiled by a contaminant, it instinctively attempts to clean its feathers via preening. The loss of insulation and buoyancy caused by an oil coat are problems so dire that birds preen to the exclusion of other important activities like hunting prey and avoiding predators. “Many oil-soaked birds lose their buoyancy and beach themselves in their attempt to escape the cold water,” the International Bird Rescue recorded. Oiled birds often end up on oil-coated beaches.

Oil is toxic (NOAA). Birds ingest small amounts of oil as they preen, trying to clean themselves. According to Holly K. Ober, associate professor, Department of Wildlife Ecology and Conservation; UF/IFAS North Florida Research and Education Center, ingestion “Can cause gastrointestinal irritation, ulcers, bleeding, diarrhea, and digestive complications.” Inhalation “Can cause respiratory inflammation, irritation, emphysema, or pneumonia.” Absorption “Through the skin can damage the liver and kidneys, cause anemia, suppress the immune system, induce reproductive failure, and in extreme cases kill an animal.”

Consuming prey creatures like small fish, clams or mussels which have been exposed to oil can add up to long-term problems. And of course, finding food also becomes harder. Populations of fish in Prince William Sound were severely reduced by the spill.

“It was a very productive ecosystem, so there was a lot of biota to injure,” Short explained at the 2019 Alaska Marine Science Symposium. “And that biota was concentrating in the Sound just after it got oiled. So [the spill] did a lot of damage because of that.”

Biota, if you look it up, is a fascinating word. Biota in ecology: the plant and animal life of a region. Biota in taxonomy: a taxonomic superdomain including all life on Earth. All life on Earth. We, as humans, are examples of biota. We also have incredible impact on biota.

Frontier Scientists is counting down to remember the 30th anniversary of the Exxon Valdez oil spill.