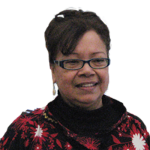 Long before the creation of modern furnaces or microfibers, hardy and inventive people survived Northern cold. Native crafters created clothing that was beautiful, durable and functional.

Museum exhibit: “Threads of Change: Arctic Clothing and Identity in the North” opens at The Peary-MacMillan Arctic Museum and Arctic Studies Center at Bowdoin College in Brunswick, Maine, on April 19, 2017. 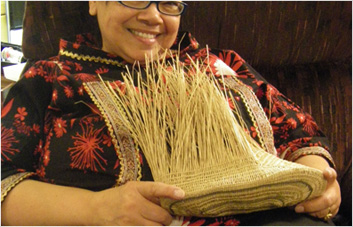 The exhibit includes a pair of grass socks woven by Ms. June Pardue. Pardue, a Native artisan who resides in Kodiak, Alaska, is a talented weaver whose work has been exhibited at the Alaska Native Heritage Center, the Smithsonian Institute folk festival, the United Nations, N.Y., and in Milan, Italy. Visitors to the museum and audiences online can watch Pardue’s explanation of traditional uses for grass socks in Frontier Scientists video “Where are my Grass Socks?” embedded below. Pardue recalls grass socks worn underlain by rabbit or sea otter pelt liners and covered by boots, serving to help feet stay warm and dry.

The Peary-MacMillan Arctic Museum online exhibit announcement states: “This exhibit explores how northern people have expressed their creativity and identity through the clothing they wear, and how their attire reflects the changing nature of northern life.” Exhibit “Threads of Change” opens on April 19, 2017, with a 7:00 pm lecture featuring Iqaluit-based artist, designer and filmmaker Becky Qilavvaq discussing “Inuit Clothing and Identity in the Modern World,” followed by a reception and the chance to view the exhibit. Near Brunswick, Maine? Head to the museum for these events: free and open the public.

Frontier Scientists videos online investigate Alaska Native basket weaving with modern-day artists who carry on ancient traditions from the Alutiiq and other Arctic cultural groups. Elizabeth O’Connell, director of Frontier Scientists, has over 30 years experience in broadcast media and an avid interest in new media and lifelong learning. O’Connell interviewed the weavers featured in Frontier Scientists’ Alutiiq Weavers project. Videos and other content at FrontierScientists.com showcase the historic, economic and cultural value of Native basket weaving in Alaska.

“Back in the 1800’s what weavers made were utilitarian items: socks to keep feet warm, baskets to carry or hold food,” O’Connell said. “The ingenuity or flair of the weaver—color from dyed grass, a different type of weave—made a relatively monotonous task an exhibition of skill and beauty. As some of today’s designers make names for themselves it’s not hard to imagine similar praise at a village level where a lucky husband or child was decked out in a well-designed, functional and beautiful item. Even if the item got worn to pieces the care the weaver took seems to punctuate the overall state of the culture at the time the item was made,” O’Connell said. The care involved in these pieces’ construction is one marker of the weighty significance of these baskets in Native culture.

Frontier Scientists video “Where are my Grass Socks?” ——

Modern weavers honor, preserve and interpret ancestral techniques through their art. “June Pardue is one of the weavers who went to St. Petersburg to view baskets in Russian museum archives,” O’Connel explained. Large collections of Native-woven baskets acquired from historical Alutiiq Natives on Kodiak Island, Alaska, are housed at two museums in St. Petersburg, Russia: the Russian Ethnographic Museum and the Museum of Anthropology and Ethnography. Alaskan basket weavers from the Kodiak area had the opportunity to closely examine the basket collections. With their expertise and with new the knowledge gained from the Russian collections, Pardue and other weavers were able to painstakingly recreate weaving techniques used by artisans in the past.

O’Connel noted: “Looking back to my interview with June I recall the difficulty she had describing what her craft meant to her. It really took her daughter’s observations of the long hours her mother spent,” weaving and laboring at the craft, “and the guidance she received from her mother for me to understand the importance of these works of art.” Sofia Ann Chya, June Pardue’s daughter and a skilled weaver in her own right, explained of her mother: “She can look at the socks and see in her mind [. . .] how it’s supposed to be done, you know.” Chya said, “Through trial and error (very little error I think) she can get it done. And then she’ll sit with me and have me watch her, and that’s how I learn.”