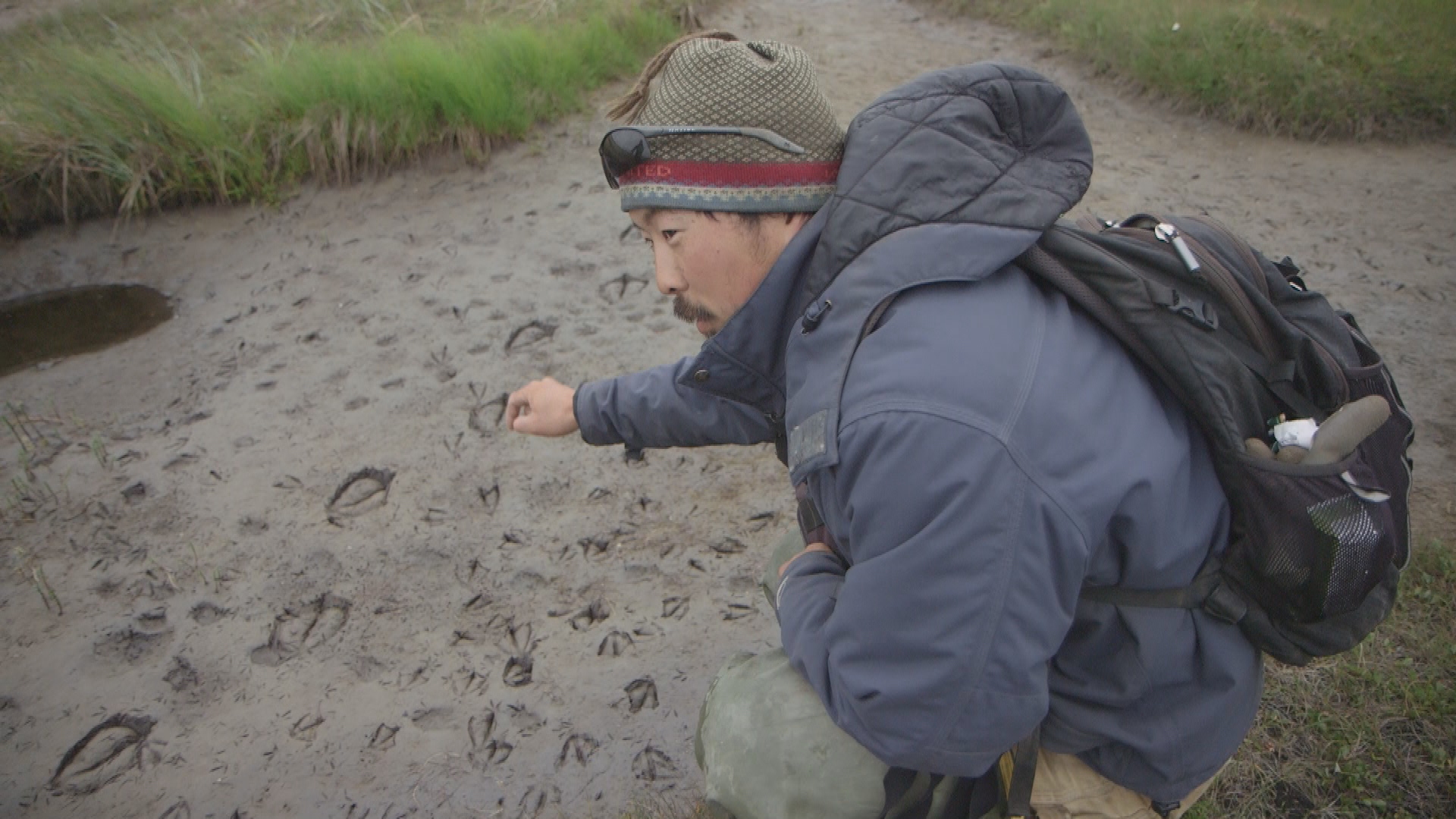 “It’s amazing that these little two-pound birds running around the Delta can have such a large impact,” Ryan Choi told Frontier Scientists. Pacific black brandt wing their way to western Alaska every year. There, these geese are influential players in their ecosystem, impacting vegetation, carbon cycling, and greenhouse gas emissions.

Ryan Choi, PhD student at Utah State University, is camp manager of Tut. research camp in the Yukon-Kuskokwim Delta (YKD). From Tut. camp, Choi and colleagues are studying how changing temperatures and changing arrival times of migratory birds are guiding Delta vegetation and greenhouse gas emissions. Choi noted the work they’re undertaking “Is the first project really looking specifically at warming as well as how the timing of grazing is affecting vegetation, carbon storage and nitrogen storage within the system.”

Choi remarked: Pacific black brandt geese “Have such a large impact on the vegetation that we see out here in this coastal part of the Delta.” The birds trample and eat local plant life. Through these activities they maintain what’s called grazing lawns, areas of plant life that have been chomped short.

The brandts’ favored diet around here is Hoppner’s sedge (Carex subspathacea); I hear the researchers refer to it as carex or subspath when speaking. The leaf blades look like grass to my untrained eye, but touch it and this sedge has a triangular stem while grasses have cylindrical stems. Apparently the phrase to remember is ‘sedges have edges’.

The geese essentially mow the lawn. “By grazing on these subspath lawns they are able to maintain the dwarf state of this subspath,” Choi said, “—and actually increase the subspath, the abundance and the quality necessary for them to thrive out here.” As the plants work to regrow, they put a lot of resources toward new growth. That new growth is ideal food for geese and goslings. Choi: ”New photosynthetic tissue also happens to be the most nutritious and highest in nitrogen content for the birds.” When asked if the different qualities in new sedge growth enforce a different taste too, Choi remarked “I don’t know, I don’t spend a lot of time feeding on subspath.”

For this experiment, the scientists marked out eight areas near their base camp where Carex subspathacea is growing. “We need to put up fencing to keep the geese from grazing in our treatment plots. That fencing is heavy and there is a lot of it. So a lot of the early season is just moving equipment around, getting all the fencing and the posts and the open–top chambers . . . situated out at the study plots,” Kelsey said.

She reported “We have what’s called a factorial design where we are looking at two different types of changes that are taking place on this landscape. One is the advancement of the growing season—warmer temperatures, earlier in the spring, meaning all the plants can start growing a little earlier.” The second is “Changing in the timing of grazing by geese,” which varies depending on when geese arrive after their spring migration.

The scientists look to understand “The interaction of advancing growing season and goose herbivory,” Kelsey stated “Together, those two are controlling local carbon cycling.” Carbon cycling describes how carbon moves through the environment, including how it enters and leaves the atmosphere.

“The effects of climate change are are really complex and it’s not just a matter of things being warmer or wetter, kind of changing one way,” Kelsey said. “There are a number of changes that are happening together that are going to ultimately affect how ecosystems operate.” She underlined the need to examine “Not only large scale effects of climate but interactions between climate and small-scale factors that may be specific to a given area but that are going to affect how that area responds.” The science underway at Tut. camp will help measure how sub-arctic wetland ecosystems like the YKD respond to and interact with climate change, and it will provide a blueprint. “We are going to have to understand these responses,” Kelsey said, “—they could vary all over the world. So knowing what to look for, what factors are important for a given area is going to help us determine overall carbon cycling and changes to the global carbon climate system.”