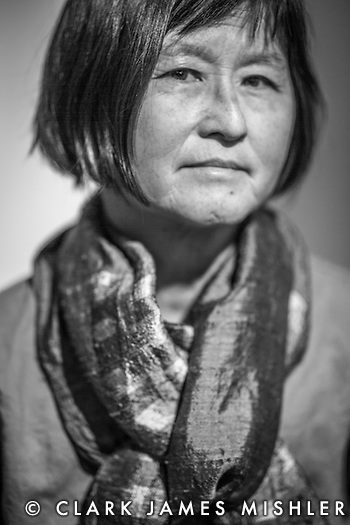 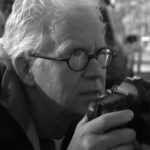 Photographer Clark James Mishler worked to perfect his portraits in the colorful state of Alaska. “If you want to talk about diversity, Alaska is the best!” Mishler said, “It’s a fabulous mash of cultures and social backgrounds.” Mishler brings you his take on photography in new video ‘Alaska Portraits.’ “I feel very fortunate that my photography has grown up here.”

Mishler showcases images of Alaska’s Native subsistence lifestyle in new video ‘Wish List Point Hope.’ Point Hope is a rural community in Northwest Alaska. “Before they started bringing lumber up here to build houses, they fashioned everything out of the tundra and whale bones,” Mishler described. His photographs document the annual Unagsiksiksauq (Clan Boat Celebration), Qagruq (Whaling Feast) at Point Hope. “Those kinds of experiences are hard to explain,” Mishler said. To represent experiences, Mishler captures vivid moments in his photographs www.mishlerphotos.com. He predicts “50 years from now they’re going to be even more important.”

Episodes of FRONTIER SCIENTISTS will be available on Alaska Public Media KAKM–TV. Engage in the Arctic’s newest discoveries with Frontier Scientists. New episodes will air on Sundays at 4:30pm beginning October 2nd, 2016. Alaska Public Media delivers TV content in the state of Alaksa via KAKM-TV in Southcentral Alaska, KTOO in Juneau, and KYUK in Bethel www.alaskapublic.org.
2016 Schedule:
KAKM
Sundays
4:30pm

Frontier Scientists features scientists in the Arctic and Alaska, sharing their work with the help of their own words through video and print at www.FrontierScientists.com. The Arctic has been called a canary in the coal mine for climate change, and science underway in this living laboratory ties to impacts felt across the world.

Through our content, feed your science curiosity through accessible media and #becurious. Pique students’ interest in STEM, and for those looking to pursue a career in science, get a fuller image of what real scientists’ field and lab experiences entail. Science professionals gain exposure to realistic science communication techniques they can pursue. And travelers find nicely presented information about research endeavors underway at exciting destinations. We present public interest #SciComm from a variety of fields.