July 10, 2012– “To this point no one has much of any terrestrial record anywhere in the Arctic older than 125,000 years ago” said Julie Brigham-Grette, University of Massachusetts Amherst as she describes findings from the Lake El’gygytgyn (or Lake E) project to Office of Polar Programs Board Meeting at the National Science Foundation. 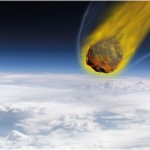 Lake E, a lake that sits today inside a basin formed by a meteorite that struck the earth 3.6 million years ago. From their findings so far Brigham-Grette confidently said, “This is not a back water lake in the middle of nowhere—it’s actually a lake that is recording a global signal.” 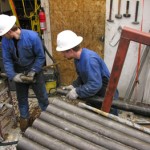 Science magazine published 2.8 Million Years of Arctic Climate Change from Lake El’gygytgyn, NE Russia (Science online 21 June 2012, in print July 13) describing some of the team’s findings. But watch the video JBG Describes Research at Lake E to see and hear the enthusiasm and details as Brigham-Grette describes the findings of this remarkable discovery. 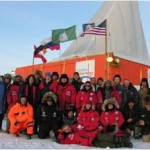 “We want to let travelers, teachers, students, aspiring scientists, and anyone else interested in science feel as if they are with scientists as they track grizzlies or take the temperature of permafrost in a borehole,” explained Liz O’Connell, video director for Frontier Scientists.

Visitors to Frontier Scientists can ask questions direct to our featured scientist. Fascinating video of current scientific discoveries in some of the Arctic’s most remote and dramatic landscapes are chronicled in short videos, Twitter feeds, blogs and web reports. Discover Arctic science at www.FrontierScientists.com.