A University of Alaska Fairbanks scientist has launched a National 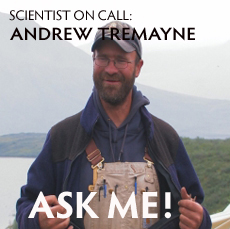 The site features fascinating footage of current scientific discoveries in some of the Arctic’s most remote and dramatic landscapes, chronicled in short vodcasts, Twitter feeds, blogs and web reports.  The research is organized into six categories:

“We want to let travelers, teachers, students, aspiring scientists, and anyone else interested in science feel as if they are along when scientists are tracking a grizzly or documenting how climate change is disrupting Alaskan ways of life,” explains Greg Newby, Chief Scientist of the Arctic Region Supercomputing Center at the University of Alaska Fairbanks.  “Visitors to Frontier Scientists can ask 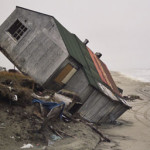 Frontier Scientists also provides resources and tips on things to do in Alaska for those considering travel to the Last Frontier state, whether on an Alaska cruise or a backpacking expedition.  And to encourage people to post their own Alaska photos, the site is holding a My Alaska photo contest from April 26 until May 9.

Frontier Scientists is funded by the National Science Foundation, with additional support from the National Park Service and 360 Degrees North.